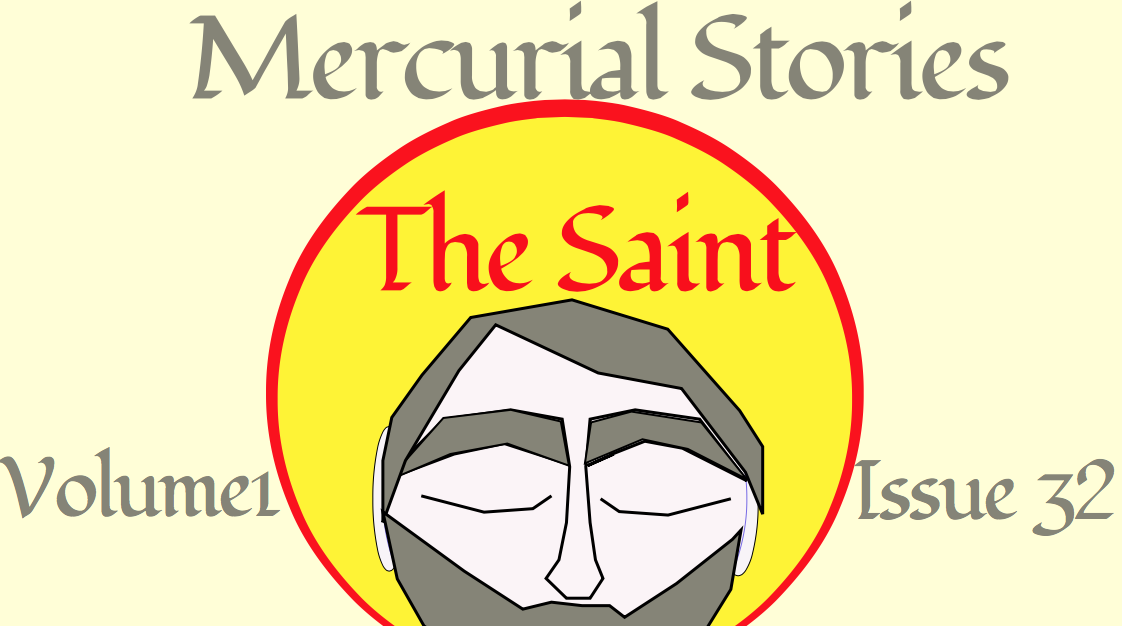 Of a cynic and saint
Sunil Sharma

After the death of Pa, Mohan searched for a saint that could heal. He met few but got disillusioned—by an affluent style; roving eyes; long hair, beard; diamonds and luxurious cars. The thrones they sat; the distance between the gullible and idols clad in orange silks.

The disciples called these mortals, the gods walking the earth.

In India, they are the royalty—after cricketers and film stars. Over the years, some got arrested for wrong deeds, including assaults and rapes.

Life caught on. Mohan had to look after a large family. Three siblings. Ailing grandpa. A mother working as a seamstress. He took up two jobs. Studied in the night college and after a hard struggle, got appointed as a lower clerk, in the excise department of the state government. The job was easy and the money was good. There were gifts and bribes. Over the years, he got his sisters married off and bought three apartments and cars. His arrogance and greed were limitless. For files cleared, money was demanded.

The Godless man became a cynic. Only wealth and power mattered.

In the late 50s, bald and paunchy, while visiting his ancestral home, north of India, on a summer morning, Mohan Lal came across a familiar face: Harbir Singh, now dubbed as the Saint of the Haripur village. Harbir—the tall man in his 40s—looked serene and centered.

Harbir, a Saint?! The man with a past and no future.

After getting huge compensation for the land taken by the government for the expansion of the national highway, Harbir rolled in money; the former farmer started drinking, gambling and womanizing like crazy. He fought with everybody and chased women, getting beaten up by the relatives of the poor victims. He was beyond scruple and control—till sudden death struck.

His entire family got killed in a car accident while returning from a pilgrimage! He lost faith in a just God, renounced pleasures, grew a beard and withdrew from the Sansar.

The cutting of his Peepul tree and an unclaimed corpse further changed him.

He had watered the tree for long. The expansion of the road made the axing of trees necessary. When the fig tree fell, he cried like an orphan.

Next, he saw the dead body of a beggar, rotting in the open.

He hired an ambulance and did the rites on the banks of the Ganga.

A villager explained the strange metamorphosis—Last twelve years, Harbir Baba has been planting trees in a dusty plain being developed as the SEZ; transporting the dead of the poor in an ambulance bought for that purpose. Built an orphanage. Saint Harbir has touched thousands of lives and brought greenery to an urban hell.

A holy soul venerated by the entire region!

A stunned Mohan felt something moving, changing within…

SUNIL SHARMA is Mumbai-based senior academic, critic, literary editor and author with 19 published books: Six collections of poetry; two of short fiction; one novel; a critical study of the novel, and, eight joint anthologies on prose, poetry and criticism, and, one joint poetry collection. He is a recipient of the UK-based Destiny Poets’ inaugural Poet of the Year award—2012. His poems were published in the prestigious UN project: Happiness: The Delight-Tree: An Anthology of Contemporary International Poetry, in the year 2015.